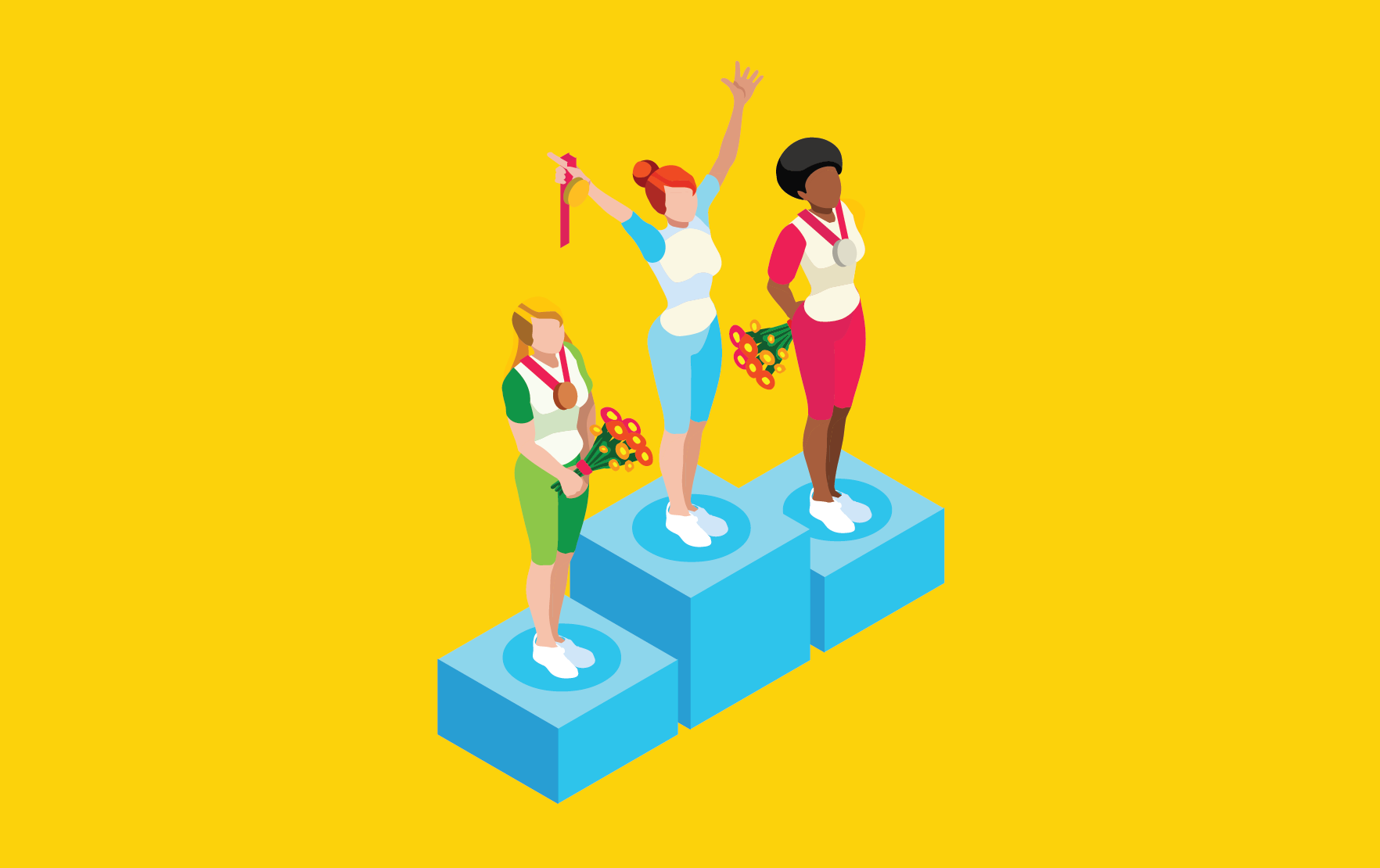 Gamification works because it taps into the powerful and instinctive drive that is our love of competition. We propose harnessing this innate human characteristic for social good. Are you in?

Human beings have developed into the resourceful, intelligent and creative species that we are thanks to millions of years of evolution. As the concept of survival of the fittest has played out, generation after generation after generation, we have forged the characteristics that make us the most successful of all creatures. Now, in the 21st Century, we’ve got a greater understanding of those characteristics than ever before.

In the early 2000s, after years of exhaustive and extensive research, esteemed Harvard Business School professors Paul Lawrence and Nitin Nohria identified what they called the Four Drives. These four drives, they posited, combine to control everything we do. When the four drives complement each other harmoniously, the theory goes, people, companies and nations do good work. But when any one of the four drives takes over, productivity is impinged. The longer this goes on, the more disastrous the results.

So, what are the four drives? And how do they translate into human behaviour?

Every job, according to Lawrence and Nohria, “must provide an opportunity to fulfill, to some reasonable degree, all four drives.” A job that fulfills only one or two drives – even if it does so in a big way – will never result in long term satisfaction for the employee or in maximum return on investment for the company. “This simple design rule is the fundamental and primary one that should guide [all companies]” say Lawrence and Nohria. It all sounds pretty straightforward in theory. But in practice? Not so much.

It may seem that all companies should prioritise the Acquiring drive (companies exist only to make money, do they not?) but to do so exclusively would be to commit business hara-kiri on a grand scale. Sure, it’s good to strive to achieve maximum sales and/or profits but “if this were the only drive in play, it would inevitably lead to an all-out struggle of each against all,” argues Lawrence and Nohria. A situation where everyone acted as a free agent in a winner-take-all contest and “opportunism and selfish political behaviour” were rampant. This is the reason that phrases like “every man for himself” and “dog eat dog” have negative connotations.

The Bonding drive propels employees to pursue friendships and to look out for the interests of others and of the company as a whole. Every company wants to promote this kind of community spirit but it is very easy to do so at the expense of other drives, most notably the Acquiring drive. If left to its own devices, a company which prioritises Bonding above all else will never succeed…Communism sounded all lovey-dovey in theory, but look how it played out in practice.

Surely it’s not possible to overstress the Learning drive in an organisation? After all, how can a thirst for knowledge ever be a bad thing? Turns out that emphasising a culture of learning above all else can actually be detrimental to an organisation. While it is vital that a job entails “enough variety of content to generate novel or problematic situations that trigger the itch of curiosity,” it is possible – say Lawrence and Nohria – for individuals and organisations to become “so obsessed with learning that they forget to eat or sleep or take vacations.”

The desire to Defend what is ours and to protect our own is fundamentally, inescapably human. In moderation it is an absolutely vital component of all successful individuals and organisations. But it is easy to see how damaging an obsession with defence can be when taken to its logical extremes. Like the toddler who won’t share his toys, ultra-defensiveness will always end in tears eventually.

The Acquiring drive and gamification

Successful gamification leverages all four drives, but gamification enjoys an extra-special relationship with the Acquiring drive…aka our fundamental human yearning for competition. Gamification programs, just like games, have winners and losers. And gamification employs all kinds of mechanics that fuel competition. Points, badges and leaderboards are the most obvious ones, but the deeper you dig, the more you will find.

While there are many positive aspects to this special relationship (a properly designed gamification program will work wonders for your team) there is a tendency among gamification designers and their clients to use the extremely powerful tools at their disposal to focus on material profits above all else. While we would never blame anyone for taking this approach (as this blog has shown, it’s human nature!) we’ve reached a point where we want to use our not so inconsiderable skills to achieve maximum good…not just for our clients, but also for the planet we live on. Which is why we propose a shift in thinking.

A NEW APPROACH FOR GAMIFICATION

In a world where two billion people survive on less that $2.50 per day:

In the past it may have been OK to allocate the lion’s share of your HR budget to initiatives that would maximise profits. But as more and more companies become aware of their role in shaping the destiny of the planet we live on (you only need to note the inexorable rise of the B Corp to quantify this trend), the very definitions of “profit” and “bottom line” are changing under our feet.

We think this is a good thing. A very good thing. And we’re convinced gamification has a vital role to play in the development of a new breed of company that, according to the B Corp manifesto “balances purpose with profit…a global movement of people using business as a force for good.”

The shift doesn’t even have to be inspired by philanthropy (although we’d prefer if it was). When Lawrence and Nohria talk about the need to balance the Acquiring and Bonding drives, by “moderating [employees’] competitive energies with mutual caring,” they’re saying that to do so will boost profits in the conventional sense of the word. To these two business professors, the other rewards of such an approach are merely fringe benefits.

Not convinced? Here are some examples of firms that have done it.

1. Coca-Cola teams up with the UN

The UN Millennium Development Goals’ MY World initiative (2015) remains the largest ever public consultation exercise, reaching nearly 10 million citizens in 194 countries. It was able to achieve such incredible reach by partnering with over 700 organisations around the world. One such organisation was The Coca-Cola Company which used gamification mechanics (points, badges, leaderboards) to bring social issues to the attention (and action) of their customers.

Coca-Cola’s game counted ‘votes’ (points) per country and showed data comparisons, both within nations and between nations. The badges were the Millennium Development Goal icons, and the leaderboard was based on which of the six issues was globally prevalent at the time. The initiative is long gone, but here’s a link to the global survey.

Chances are you’ve participated in the WWF’s Earth Hour initiative (If you’re in South Africa you’ll have been inadvertently saving power for far more than an hour a day over the last few weeks!) but you probably haven’t realised that by switching all electrical lights and appliances off for an hour – and encouraging friends, family members, colleagues and companies to do the same – you’ve been taking part in a giant global game that pits companies, cities, countries and continents against one another in an effort to build awareness of our over-reliance on electricity, the dwindling fossil fuels which are used to produce it, and the role these play in climate change.

Competition is a key part of gamification and a core facet of human nature. (And there’s nothing wrong with this.) But, as Lawrence, Nohria, Coca-Cola and the WWF have shown, the Acquiring drive doesn’t have to be leveraged to advantage the few at the expense of the many. Au contraire – we’re hellbent on showing it can do the exact opposite. We’re on a mission to democratise competition? Are you in?