Gaming since pre-history: Is Africa the ‘cradle of gamification’? 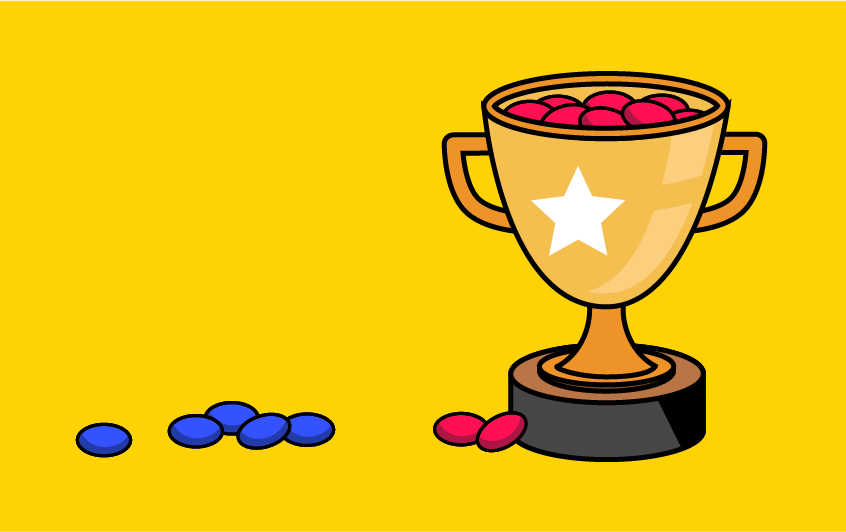 Gamified solutions are not standalone games, they are attempts to establish and sustain desired behaviours. Do the oldest games we know contain elements of behaviour-changing design? We examine the oldest games in Africa and speculate on their potential for changing behaviour.

There’s an old yarn that says the lack of ancient buried cables in the soil of Africa is indicative that early Africans had developed wireless communications long before their European counterparts. This may be true of gamified solutions as well.

It’s important to understand that a gamified solution has game elements and mechanics but it is not a game in itself. While researching traditional African games, I thought it would be a good exercise to see if there were any ‘solution’ elements present in these traditional African games. In other words, does the game have a moral teaching, does it modify behaviour, and does it somehow benefit the social group or society at large?

Possibly the oldest game in Africa, early mancala boards found at archaeological sites date back to the 6th and 7th centuries. The mancala board consist of two, sometimes four rows of pits, with two stores at either end. The objective is to have the most seeds in your store at the end of the game. Seeds are sown in the pits in a counter clockwise fashion. The game becomes tactical in that there are several outcomes that depend on where the last seed is sown.

So, obvious farming analogy aside, what ‘solution’ does this game present? What does it teach the player? It quite simply teaches the player to think ahead and be mindful of where they sow their last seed. Planning and forethought are clear imperatives for survival, Africa is not for sissies, you know.

Next up, Maraba ‘raba.

Not quite as old, this game can be traced back 800 years or so, and it’s not clear if the game spread from Europe to Africa or the other way around. In English it is called 9-Man’s-Morris, yet interestingly the German name is Muehle, which means ‘mill’. Maraba ‘raba literally means ‘to go around and around’, simulating the grinding motion in a mill. Same game, same name. The board consists of three concentric squares with diagonal lines linking them and the objective, much like tic-tac-toe, is to get three pieces in a row by either placing them or sliding them around, hence the milling action, maraba ’raba.

The solution that this game provides is that it teaches strategic thinking and tactical flexibility. It has been suggested that this game was used by kings to evaluate the competence and military prowess of their generals – in other words they engaged in simulated warfare. That’s right, Shaka Zulu was playing Call of Duty® centuries before its time!

Did someone say Nyama?

A more contemporary game with a message or teaching is Nyama-nyama-nyama and it’s played by young children in Kenya. Nyama means ‘meat’ in Swahili (and many other African languages, by the way) and the game is simple but effective. Players stand in a circle around a leader who shouts out the name of an animal. If the animal is edible, the players shout Nyama! If it is not, they jump. Again, knowing which animals are food and which animals present a danger is vital to survival in rural areas still visited by the occasional predator.

One of the most popular and ubiquitous games played by children throughout Africa goes by many names. In Zimbabwe it is called Kudoda (in English it’s called Jacks) and it essentially teaches hand-eye coordination and rudimentary counting. The game is played by drawing a circle on the ground and placing a number of stones or seeds in the ring. The player throws a small rock into the air and then must try to snatch as many stones or seeds out of the ring before the rock is caught again. Whoever manages to snatch the most seeds in a round is the winner, so counting is required.

What solution does this game provide, other than the improved coordination and counting part? Well, the simplicity of materials requires some imagination and creative thinking to bring the game to life; qualities that have traditionally been useful in solving more survival-level challenges. Otherwise, a few games of Kudoda in the shade of an old umbrella thorn, as the flock idly grazes on a nearby hillock, is simply a pleasant way to while away the time.

From games to gamification

It is probable that these games evolved from and simulate everyday activities and behaviours. Mancala, for example, was very likely thought up while planting rows of seeds. It is unlikely that it was specifically designed to make seed planting more fun – besides, that would make it a gamified solution and not a game per se. Whether these games arose from necessity to teach a behaviour or whether they evolved as pure diversions will probably never be known.

Still, just as surely someone once realised that a game can be made out of a task, we’re now at a point in time where we realise that a task can be made like a game. Gamified solutions, human-focused design, speaks to the herdboy in all of us. It is an undeniable human propensity to seek out fun – it’s what engages us – and if work can be fun, then work will be done!