Shall we play a game? Of course, it’s completely understandable given that gamification is derived from the word game. This post will hopefully help to explain away some confusion. 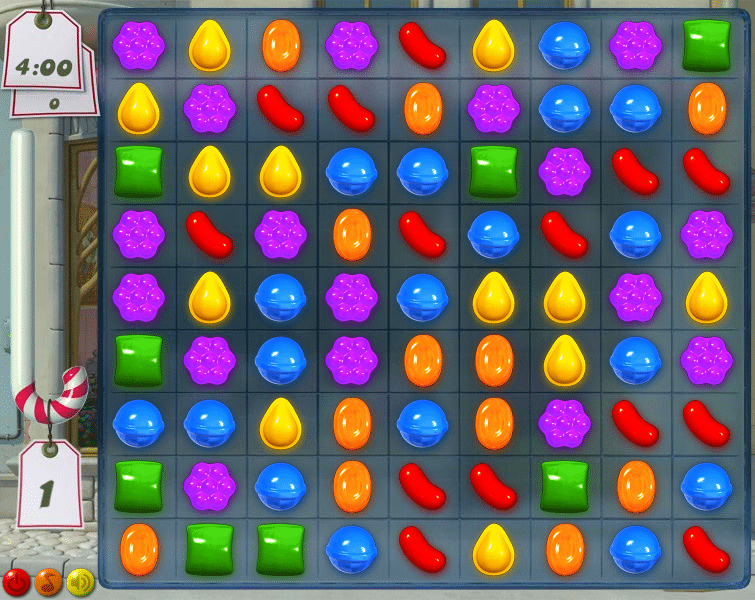 Games such as Candy Crush, Fishdom & Homescapes all use a similar mechanic in that the player experiences a core game (sliding and matching tiles) in order to earn points, coins, gold, jewels, etc. Once earned, these points allow the player to progress through a narrative chosen by the player. There are many variations of this model and the core game may be a hidden puzzle game, a battle game or pretty much any game type. This concept of repetitive gameplay towards achieving progression in an overarching narrative is a game mechanic in itself.

It is worth noting that the player does not constantly return to the game because of the core game. The core game is often repetitive and changes very little over time. Instead, the player is drawn to the overarching narrative. The sense that there is constantly something new and just over the horizon is a massive factor in motivation.

Actually, it’s quite scientific and it’s all about dopamine. According to Liraz Margalit (Ph.D.) of Psychology Today: “Although the dopamine cells respond when they recognize a familiar pattern, they are more excited at unexpected rewards (three or four times as excited, as measured by the strength of the dopaminergic firing). In other words, the reward is more pleasurable the more surprising it is.”

And so, given all of the components described above, consider a gamified workplace. For this example, a layer of gamification is applied to the task of capturing data into a company database. The game mechanics provide the data-capturer with feedback as data is captured using the data capturing interface. The feedback allows the capturer to instantly see their accuracy (or lack thereof) as they complete data capture events. A set of rules could also be built to reward a series of achievements with higher points or even introduce a multiplying effect to points. The system could allow for accumulated points to be traded for real world rewards such as additional leave days or canteen vouchers.

In the example above, the core “game” is the data capturing event. This is the task that must be repeated multiple times in order to achieve the points, feedback and ultimately a reward. In some solutions, the reward mechanic may simply be the experience of an unfolding narrative or perhaps the experience of victory over co-workers. Simply put, the work task has become the game.

A perfect end result for such a solution would be that the players push themselves to an enhanced level of job capability in order to experience the positive feedback and satisfaction of achievement. In so doing, they will have learned healthy new workplace habits that result in higher productivity and work satisfaction.

There are many ways that the rules engine is configured between game, feedback, achievement, narrative and reward. Designing such a solution is a complex endeavour and probably the most important aspect about creating such a solution is the understanding of the players themselves. Given that the entire system is premised on the basis of motivational design, knowledge related to what motivates the specific players of the given system, is key.

I hope that this post helps to clarify the relationship between actual games and gamified systems. Feel free to send us an email if you’d like more information.