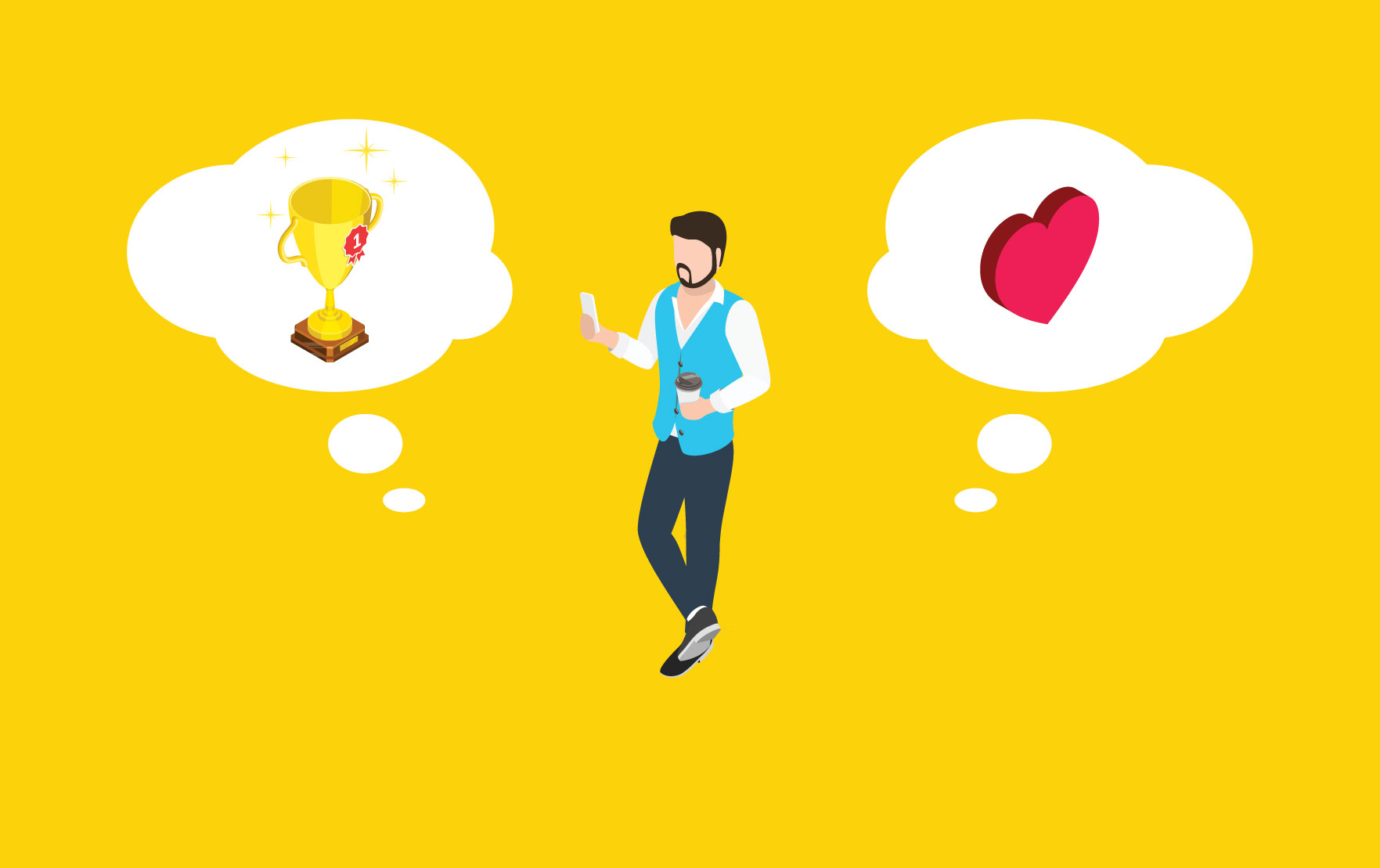 Extrinsic and intrinsic motivation: “You complete me”

A now largely debunked controversy exists around the effect of extrinsic rewards on intrinsic motivation. Essentially, one argument is in favour of the over-justification effect, where ‘external’ physical rewards like formal praise, money or even sweets have a diminishing effect on intrinsic motivation. The counter argument asserts that this is true only in certain contexts and that it can be mitigated easily.

As practitioners, when considering motivators for a gamified solution, we need to understand that this is indeed a healthy disagreement and we are not necessarily required to champion one theory or another. The controversy does however compel us to be mindful of the context, circumstances and nuances when providing rewards to motivate desirable behaviours in the gamified environment. Let’s consider the arguments.

Take Facebook or similar social media platforms. The desire to regularly check your feed comes from within and is an intrinsic motivation – it does not require external rewards. The argument states that if you are rewarded to check your feed, your motivation will shift from the intrinsic “I want to see new information” to the extrinsic “I want my daily reward”. This focus does not shift back once the rewards are withdrawn and, theoretically, your desire to check your feed regularly will be greatly diminished.

Some studies go further and make the distinction that extrinsic rewards must be excessive to produce this over-justification effect but they all agree that this ‘dependency’ on rewards sabotages intrinsic motivation over time. But fortunately, time is on your side. Yes it is. Through monitoring your feedback mechanisms and with careful scrutiny, this effect – if observed – can be mitigated.

Opposing the over-justification effect is the Cognitive Evaluation Theory, which states that the data is all well and good when examined under laboratory conditions but the findings don’t hold up at all well in the real world. There is a distortion that comes into play because unlike laboratory experiments, in which subjects are randomly assigned to different experimental conditions, employees are not randomly distributed across companies. Employees sort themselves by choosing whom to work for and in which sphere of competence to operate. Further to this, it has been readily observed that we behave quite differently in an online, virtual, or gamified environment than we do in the ‘real world’.

(This next part is best read to the tune of Frank Sinatra’s Love and Marriage, the theme song from the TV series Married with Children. Cue music…)

…You can’t have one without the other

The classic example of extrinsic motivation, or reward-driven behaviour, is being paid to do your job. That’s the essence of the contract, a quid pro quo. The employee expects a regular monthly pay check and in return, the employer expects a certain level of performance. Simple enough. Now, if the employee has their sights set on a promotion and starts to perform over and above the employer’s day-to-day expectations that is the employee’s intrinsic motivation at work. Although there is a tangible reward (in the form of a raise and possibly perks) at the end of the day, it is the drive for personal growth and the desire to succeed that intrinsically motivates the employee’s behaviour. Try, try …

…Try to separate them, it’s an illusion

“It is notable that every major academic review of rewards research in the past 30 years has confirmed that monetary rewards increase performance significantly… In the real world, rewards motivate increased performance.” [My emphasis]

Try and you will only come to this conclusion

As stated, total motivation is a function of both extrinsic and intrinsic motivation combined, and that’s what we want: TOTAL motivation. Effectively applying motivators in a complementary fashion in a gamified environment is no mean feat and it requires expertise. It requires careful consideration and observation of the situation. It also requires the patience to allow a situation to develop organically, and regular examination of feedback to tweak performance and possibly mitigate potentially negative experiences.